This QScript sets up an Experiment question for a choice-based conjoint study, where the experimental design is contained in a CSV or Excel file that has been set up according to the guidelines specified by Sawtooth. The guidelines can be found on page 19 of this document.

The standard format of an experimental design from the Sawtooth Dual CSV specifications is illustrated in this example: 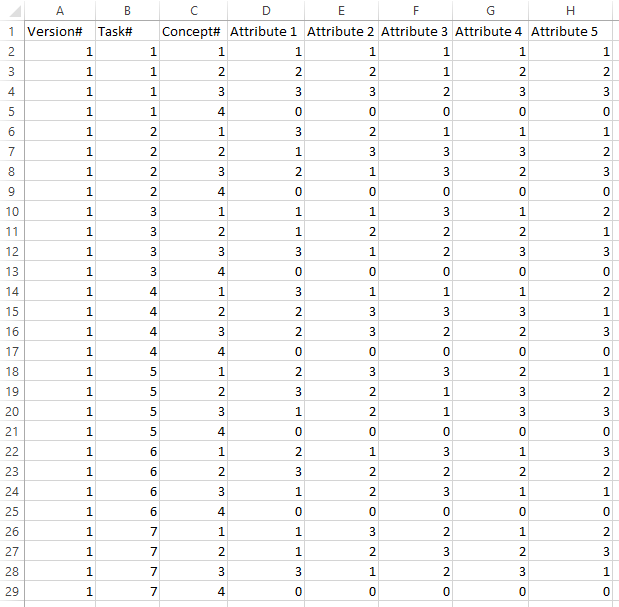