The default statistical assumption settings are outlined below. More commonly adjusted settings are highlighted in orange.
(Beginning in Q5.14.1.0, Statistical Assumptions is divided into four tabs rather than just one. The new tabs are called: Significance Levels, Test Type, Exception Tests, and Column Comparisons) 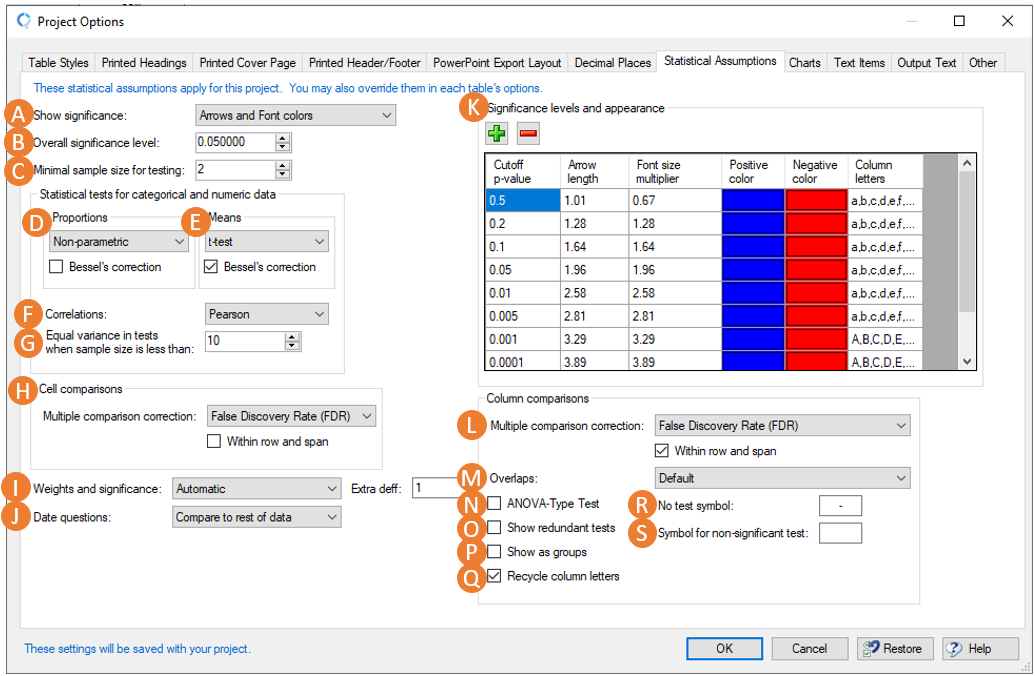 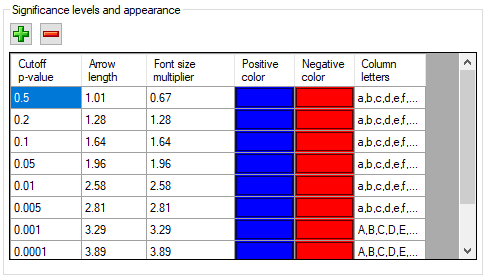