The Object Inspector is our name for options that appear on the right-hand side of the screen, to the right of an output. For example, below, the Object Inspector, shows formatting options for a Visualization. In the example below, there are three tabs: Inputs, Properties, and Chart. Different outputs have different tabs. The most commonly-appearing options in the Properties tab are described below (the other tabs are described in the documentation that describes whatever type of object has been created, such as Visualization Options). 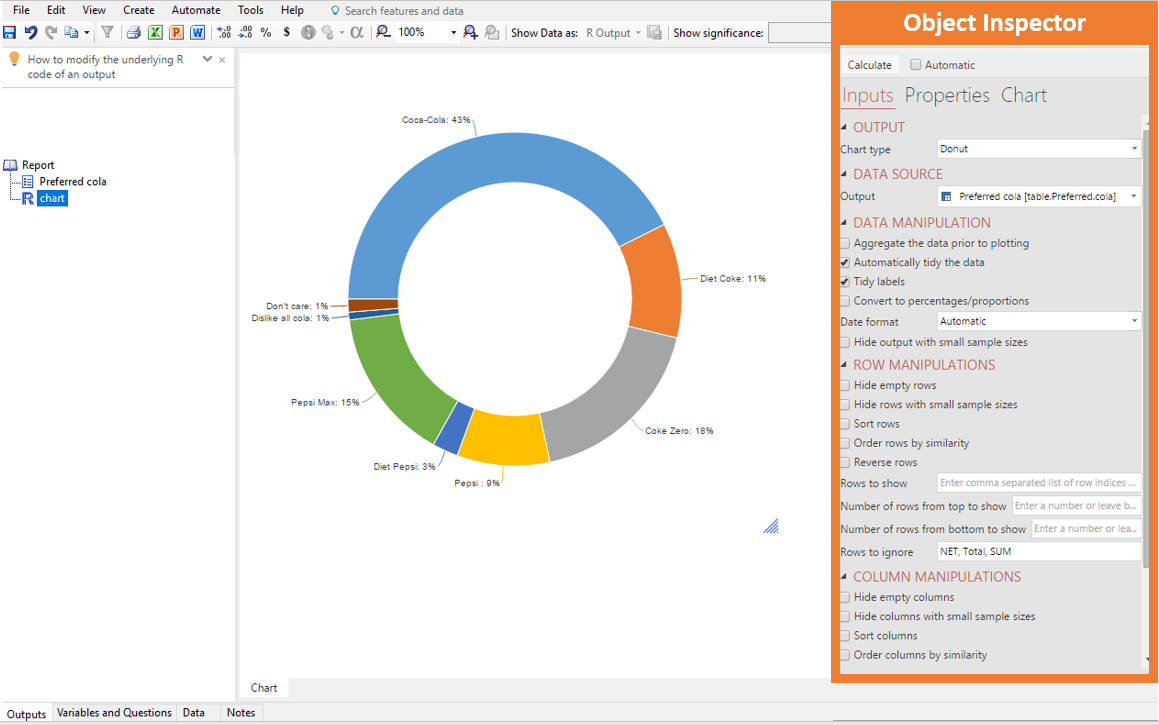 Name The Name that appears when an object is shown in the Report tree, which is also commonly used in exports. (In Displayr, this is referred to as the Label.)

Guid The reference name used when referring to an object in the underlying code. This can only be used when creating hyperlinks in Displayr.

Show as allows a choice between possible output options from R CODE that produce multiple outputs (e.g,. PLOT or TABLE).

Include R Code shows the R CODE; as a part of the output.

Show R Output shows the output you would see if using the R Console. It is most useful when debugging code that you have written.

Options for controlling the size of an object (Width, Height), and the position of text within the output (Padding, Horizontal align, Vertical align, Wrap text output).

Using JavaScript, you can customize the options that appear in the Object Inspector, if the object has been created using R code.